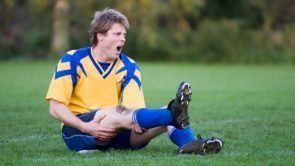 When participating in athletics, children have a great opportunity to learn hard work, perseverance, team coherence and dealing with defeat, all important aspects of life. Unfortunately, they also encounter the very real possibility that injury may result from their participation.

Injury is inherent with sports and athletics. By nature of the activity, contact sports especially open up participants to an increased risk of injury. Under the law, there is what is called the Assumption of Risk Doctrine, by which courts presume that by nature of our participation in athletics or sports activities, we understand that the risk of injury is there.

A football player, for instance understands that forceful contact is part of the game. That being the case, courts assume by law that that football player knows full well that injuries do occur in the sport and that a concussion, for instance, received as a result of a particularly hard tackle was certainly possible and even foreseeable beforehand, and that that knowledge would have informed on the player's willingness to participate.

This blog post will discuss the different kinds of assumption of risk associate with sports participation and how they impact liability when injuries do occur.

This theory also applies to spectators who allow themselves to be in the “line of fire,” so to speak, when viewing the sporting event. For instance, the people who sit in “floor” seats at an NBA game understand that a real possibility exists that a player may slam into them at a high rate of speed when running down the court in an effort to retrieve the ball during the game. This accident would likely be proven foreseeable due to the frequent occurrence of that kind of player contact during NBA games.

Likewise, people who sit in the stands at a baseball game at stadiums with no protective netting assume the risk that an errant ball may come flying at them at a high rate of speed, potentially causing serious injury. This is a foreseeable event. It is reasonable to assume that the ticket holders understand the risk, yet choose to participate as spectators anyway.

Implied Assumption of Risk
Implied assumption of risk provides that though no express agreement between both parties exists, the participant understood (or it can reasonably be assumed that they understood) that inherent in the sport were certain risks, yet they still elected to participate.

In some cases of injury the assumption of risk is all that is needed to relieve the sports league or school of all liability. However, in the case of unreasonably dangerous conditions, personal injury damages may be recoverable.

It is important to consult with an experienced personal injury attorney like those of Panio Law Offices in Chicago when seeking to recover damages in sports injury cases.

An attorney skilled at personal injury litigation can evaluate your case and determine if there is liability under which to pursue damages. They can also determine the array of damages available to you. Common sports injury claims involve damages for not only medical treatment and pain and suffering, but also lost wages, loss of employability and loss of consortium.

Call the offices of Panio Law today at (708) 928-8680 to speak with an attorney. We will work hard for you to recover the highest awards to which you are eligible, and we do not collect a fee unless we recover damages. Contact us for a free consultation.